Supporting Celcom to fix its problems

I have been with Celcom since I got my first handphone many many years ago.

It was a birthday gift - a secondhand Ericsson - which I registered at a Celcom branch in PJ.

I have no problem with Celcom until several years ago when their services suddenly turned bad and I complained about it in this blog.

Finally giving up on Celcom

Then Celcom actually got in touch with me,

Well, things seemed to get better with Celcom after that.

Really, their services were actually quite good after that.

I even bought my last smartphone - a Samsung Note - from their Blue Cube outlet in TTDI. 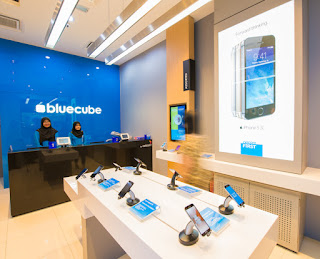 Everything seemed okay until its recent network problems.

There were lots of complaint which were picked up by the mainstream media.

Celcom did whatever it could to contain the damage but I think they need to do something about their technical team.

It was obviously a technical problem. From what I understand, it's because of the transition to 5G.

They simply need to work faster to stabilise the system.

Yesterday, there was another system disruption which again was quickly picked up by some media outlets.

Sometimes, I wonder why those media were very enthusiastic about it. I mean, other telcos have their problems too but I don't see them as being so enthusiastically reported.

Maybe Celcom should buy more advertisement space from them.

Anyway, a friend in Celcom told me that yesterday's problem was just an isolated case in the morning.

Maybe, it's true as I didn't experience it.

Whatever it is Celcom really need to fix its technical team.

They simply need to do better.

I feel that its other teams have been doing good but the technical problems are dragging them down.

Hopefully Celcom could pull itself out of this.

It would be a shame if the company is to suffer an image problem because of something that I believe could be fixed.

So many jobs at stake here, okay.

Ever since Covid-19, that's my priority when it comes to issues such as this.

I support any organisation which creates, provides or sustains jobs. The people need them in this time of crisis.

Yup, I'm still giving Celcom a chance on this and will stay with it....unless it really fails to fix its problems and closes shop.