Muhyiddin should be given the emergency power to avoid parliament or even GE15 as long as he wants.

That's because Umno is going to lose and die one way or another the way it is now.

Dr Mahathir is right, Umno is killing itself.

This is the latest stupidity by its party president,

The President of UMNO, Datuk Seri Ahmad Zahid Hamidi delivered the decision through an official appointment letter issued by the UMNO office today.

“I wish to inform that Datuk Seri (Tajuddin) has been appointed as the Director of General Election (GE15) of UMNO effective from 4 November 2020,” he said, quoting the content of the letter. 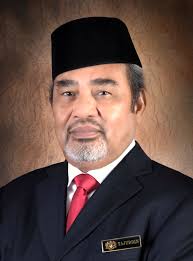 That's one of the worst Umno leaders.

What's wrong with you Zahid?

Isn't that the job of the deputy president?

Are you trying to kill off Mat Hassan?

Mat Hassan was the election director who did the real works at all those by-election victories.

And now you are putting that sort of shit in his place?

You really think Umno is back being strong again to put some assholes to lead the party?

Or is this for you to remain as Umno president because of the party election next year?

What's next? Appoint Puad Zarkashi as your war room director?

Really, just looking at this one stupid move by Zahid, I'm convinced now that Umno is really fucked at the moment.

I'm really tired of this.

Hey Umno people, you all okay with these sort of shit?

If you all do, then you all can go fly kites with Zahid and his stupid gang.