I think the 2021 Budget tabled that day was okay.

Well, except for that huge allocation for the revived Jasa, I don't have much complaint about it.

Maybe that Jasa thing is because they need to rehire people and such. If so, good lah that more people get to have jobs.

Just don't turn it into a stupid propaganda tool like it used to be. And please don't put useless people to run it. There's one such guy who has been making so much noise the past few days, probably lobbying for the job.

Other than that, everyone seemed to be getting something. 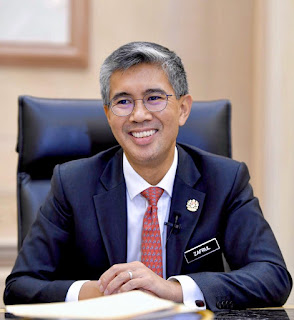 Of course some people bitched about the budget, but that's normal. People bitch, that's just how they are.

Some even claimed that the budget only care for the Malays and bumiputra while ignoring the needs of other races.

I don't know how they came to such a conclusion, but I doubt that the government have that in mind when they drafted the budget.

Never mind. Racists always think that others are racists like themselves.

Yeah, I hope the parliament will pass this budget without much hassle.

We need to continue the Covid-19 war, after all.

Forget about the no-confidence vote against Muhyiddin using the budget.

Especially for Umno, which has clearly demonstrated that it has yet the ability to fix itself, let alone lead a new government.

Maybe they can fix things after the party election next year.

Otherwise, forget about it for now and just bear with being bullied by Pribumi Bersatu for the time being.

Whether Umno people want to fix their party or not, that's up to them.

If they want to retain stupid people as their leaders, then they deserve what they are going to get under the present circumstances.