I first saw it at NST but can't find the link, thus the The Sun link.

Well, I hope Osman will indeed get to be the Pakatan candidate.

Osman is now the Kempas state assemblyman, and if he becomes an MP, that would make him a true Johor super politician.

I can't remember the last time a Johor politician being an assemblyman and MP at the same time.

Khaled Nordin tried to do it at GE 14 but lost the Pasir Gudang parliament seat, Permas state seat....and as MB, lost the entire Johor. What a joke.

Well, maybe it's a Pakatan strategy after all.

While some may see it as Pakatan, in particular Pribumi Bersatu, running out of proper leaders to be fielded at the by-election, I see it as a brilliant move to show how strong the ruling coalition is at the moment.

First, they appointed Osman, who was not qualified at all as Johor MB, then sacked him from that post 11 months later and now field him as candidate in perhaps the most important by-election to test the people's support for the Pakatan government.

If Osman, who Pakatan itself considered as a failed MB, still wins the by-election, then it's a true evidence that the people, especially in Johor do not want BN anymore.

Pakatan must be damned confident of itself by making that move.

Actually I believe that Pakatan is going to get whacked in Tanjong Piai no matter whether they field Osman or anyone else.

Things are really bad for them down there in Johor.

Their state government has been sitting on its ass doing nothing.

Okay, sacking Osman was good but that doesn't count. It's their own stupidity from the beginning when they appointed him to the post.

I even warned them a day after GE14, remember?

You all tell me lah if there's anything significant that they have been doing so far in Johor other than fighting among themselves.

And the new MB, whatever his name is, is just a dum dum.

He's not much of an improvement than Osman.

Worst of all, the complaints of Johoreans during BN's Khaled Nordin administration are all still there.

They have done nothing about those complaints. 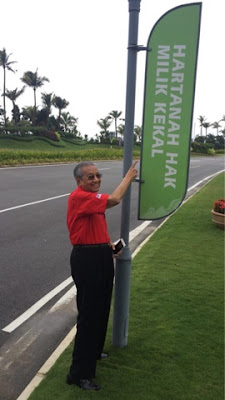 Really, what have they done about it?

The MO is still the same.

The state government is even still following what the Johor palace says, despite the rhetorics of their leaders and prominent bloggers about the Malay rulers.

And Johoreans on the ground are not doing all that great too.

For instance, the recent lowering of ceiling property price which could be bought by foreigners from RM1 million to RM600,000. Johoreans will be most affected by it due to its proximity to Singapore.

Many of them may soon not be able to buy their own house and instead have to rent from Singaporeans, who own property in JB and surrounding areas.

With our weak ringgit, it's a cheap sale for Singaporeans. You all check la the price of a HDB unit and compare it to a RM600,000 house in JB.

By the way, how come the Johor government is not protesting this? I mean, for the interest of ordinary Johoreans.

I know la that they wanted to make some money too when the developers sell their units to Singaporeans but they tak kesian ke to especially Johoreans who voted for them in GE14.

Anyway, I don't really blame them as the previous BN's Khaled Nordin administration was quite bad, and I bitched about it quite a lot myself back then.

Now that they have a taste of how it is under this useless Pakatan government, I'm sure they know what to do about it.

I'll soon write about the next Johor state administration which I'm predicting will be headed by Datuk Hasni Mohammad. 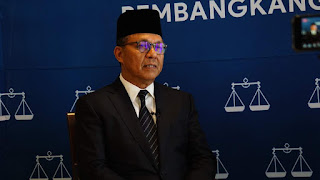 I know the guy and I believe he is good.

Okay, maybe not as good as TS Abdul Ghani Othman, but he will definitely be better than the current and past Pakatan MB clowns.

He is also definitely better than Khaled Nordin.

Really, I'll write about it all soon.