My mother attended this university in Taiwan, 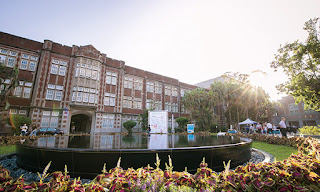 She told me that her days at the university were among the happiest in her life.

Taiwan is a beautiful democratic country.

Yes, it's a country to me now.

I used to accept that it's part of China, but not anymore.

I pray that the communists in Beijing will never take over Taiwan.

In Taiwan, the people who are overwhelmingly Chinese are free.

They can voice and express their opinion without much fear,


Just like in Malaysia since the Najib's administration several years ago,


Yes, the Chinese in Taiwan and Malaysia enjoy their freedom and democratic rights....


and definitely unlike their kins in mainland China,

The massacre of unarmed students right at the doorstep of the communists' seat of power.

Till now those communists in Beijing pretend that it never happened.

Their rabid dogs, despite their bravado in social media, could not answer to it.

The Hong Kong kids are currently fighting so that they would not be subjected to such oppression.

They may not likely win but the world will remember their sacrifices and their unwillingness to roll over and die without a fight.

That's why I'm now praying for their safety.....and their unlikely success.
Posted by Annie at 13:06