Tanjung Piai, between Umno and MCA

A very high ranking Johor Umno leader asked me the other day whom should BN field in the upcoming Tanjung Piai by-election.

I actually felt honoured that he asked for my opinion. After all, I'm just a nobody while he is a very important Johor Umno decision maker.

I told him that my opinion on the matter is probably not the best as I have been away from Johor for quite a while and due to that I'm quite out of touch with the local sentiment.

"Datuk, I can give you my personal opinion, but I want you to know that I will still respect your decision and that of Zahid's on this matter if you all choose the other option. All that really matter is for BN to win the by-election," I said.

Having said that, I told him that personally I would prefer MCA's Wee Jeck Seng, the former MP there to be the BN candidate. 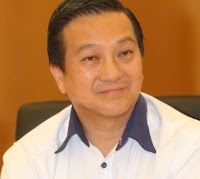 The main reason for my choice is that I believe BN will contest the by-election as the favourite to win it due to the current political climate and that if the coalition fields an MCA candidate, then it would prove that the recently sealed Perpaduan Ummah pact with Pas was not meant to alienate the non-Malays, particularly the Chinese community.

It will send a strong message to the Chinese community, especially in Johor that DAP's accusations of BN over the years, especially about Umno being a racist party were not true.

Tanjung Piai, despite being a Malay-majority constituency (currently at 57 per cent) has been an MCA stronghold until the last general election.

Wee had done well there by previously winning against DAP Malay candidates in 2008 and 2013.

The guy was well liked as he served his constituents diligently, irrespective of their race or religion.

In the last general election, despite other MCA candidates being massacred elsewhere, he was beaten by the late Dr Md Farik Md Rafik of Pribumi Bersatu by a razor thin margin of 524 votes.

I was told that Wee managed to get about 30 per cent of the votes from among the Chinese voters in the constituency, which was exceptional compared to the average five per cent received by other MCA candidates from the community.

The bulk of voters who used to support Wee but turned against him last year were actually Malays.

This is evident from the results at the two state constituencies within Tanjung Piai.

In Pekan Nanas, where the local Chinese community is concentrated, the MCA candidate managed to reduce the DAP's majority from 2,669 votes in 2013 to 1,308 while in Kukup where the Malays have the outright majority, the Umno candidate's majority of 6,946 votes in 2013 was reduced to merely 862.

Considering the current trend of Malay support swinging back to BN, Wee may get back his lost votes.

This is the full result of GE14 for Tanjung Piai
Do take note that it was the first time Pas, which is now a BN ally had contested in Tanjung Piai and its candidate acted as a spoiler that prevented Wee from winning. Also, to be considered were the over 800 spoilt votes which could have been from those who protested against the BN leadership at that time.

Click on this link for the electoral history of Tanjung Piai,
Tanjung Piai (federal constituency)

All that considered, I told the Johor Umno leader that Wee would be the ideal BN candidate for the coming by-election.

I also pointed to him that most of the parliamentary constituencies in Johor are of the marginal type and BN will need all the Chinese votes that it could get in future elections in the state.

"If Umno and Pas campaign hard for Wee and he wins in Tanjung Piai which is a Malay majority constituency, then the Chinese, at least in Johor, will realise that the Perpaduan Ummah is not a threat to them and some may even return to support MCA again.

"Bear in mind that not all Chinese even like the DAP. Wee even received over 30 per cent of their votes despite all the BN's problems during GE14," I said.

The Johor Umno leader nodded in agreement. The guy is nice and sensible.

However, he told me that many other Johor Umno leaders, including those at the Tanjung Piai division wanted their party to contest the by-election.

"They felt that there's no benefit in giving MCA another Malay majority constituency. Umno suffered so many betrayals by MCA members who voted for DAP and its allies in past elections. They told me that if MCA want to win elections in future, they have to do so at Chinese-majority constituencies so that they can truly say they represent their community," he said.

I told him I do understand that sentiment and I don't blame those Umno leaders. I was myself enraged when TS Abdul Ghani Othman lost to Lim Kit Siang in Gelang Patah in 2013 because I believed that the Chinese, who are the majority there betrayed their own MB at that time despite him contributing so much to their community just because he is a Malay.

But then again, I still feel that the Johor Umno leaders need to see the bigger picture which is how to once again turn Johor not only to be the tiang seri of Umno but also the stronghold of Barisan Nasional.