Jazlan, you all in Pulai don't need Chinese votes is it?

I have to admit that I'm a bit lost on whether BN is serious in getting back a certain percentage of the Chinese votes for GE14.

This follows the recent whacking of elderly tycoon Robert Kuok.

First, there were all sorts of accusations of the guy financing the opposition parties.

A minister even joined the fray by openly attacking him.

Then suddenly there was a statement from PMO defending Kuok.

That's strange because  earlier, a prominent blogger known to be controlled by someone at PMO had churned up series of articles whacking Kuok.

I thought probably the eunuchs at PMO are having another round of fight again. One gang wanted to whack Kuok, while another gang wanted to defend him.

But I'm not sure.

MCMC is now the big brother editor of everyone, I think. It decides what people can publish or not.

Meanwhile, Kuok himself had denied the accusations.

It's all quite confusing.

Can't they make up their mind?

And of course MCA which represents the Chinese side of BN got into the act and kena whacked also.

Here's Kempas assemblyman Tengku Putra whacking the MCA over the Kuok issue in his blog post,

WORMS COMING OUT OF THE WOODWORKS


In Johor, MCA was the only party that didn’t submit their numbers from their groundwork to the State BN for analysis. Instead they keep on giving positive percentages plucked from the sky without justification.
It was also reported by a newsportal that Ong Ka Chuan “urged DAP parliamentary leader Lim Kit Siang to train his guns on Umno leaders, Raja Petra and not MCA, if he was unhappy with the attacks against Kuok”
This shows their readiness to be subservient to the chauvinist opposition party while breaking ranks with the ruling coalition.
I Hope The Good Prime Minister Will Take Cognisance Of This And Ensure That No Cabinet Seats Are Again Wasted On Them If They Further Fail To Win Their Seats Which By The Way, Was Won On The Backs Of Malay Voters!

Hmmm....it's as if BN, or to be more exact Umno doesn't need Chinese votes after all.

But I doubt that's the case.

Maybe Jazlan, as Tengku Putra's division chief of Pulai can clarify this. 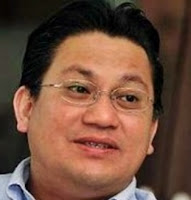 Jazlan, why is it that your anak buah simply simply whacked MCA like that with GE14 just around the corner?

On this one, I'm actually asking as a voter of Pulai.

Whatever it is, I think the whole stupidity was so unnecessary.

These people should just do their work instead of talking too much.

Really, just when the Chinese have cool off a bit, these people simply poured oil on the fire.

Don't they realised that they need all the votes that they can get?

The Malay votes are already further split, therefore I don't think they should hope too much for a solid Malays support in Kempas, Pulai, Johor or any other part of the country.
Posted by Annie at 08:47