Ducati is the Ferrari of motorcycles.

But I don't really care much for it, preferring the more mundane but practical Japanese of Kawasaki, Honda and Yamaha.

Still, I always have respect for the brand.

It's after all Italian. 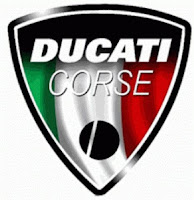 At least that's how I always see it.

So do most other people who care about motorcycles, I think.

However, this morning I saw this story,

U.S. motorcycle maker Harley-Davidson is lining up a takeover bid for Italian rival Ducati, potentially bringing together two of the most famous names in motorcycling in a deal that could be worth up to 1.5 billion euros ($1.67 billion), sources told Reuters.


Indian motorcycle maker Bajaj Auto and several buyout funds are also preparing bids for Ducati, which is being put up for sale by German carmaker Volkswagen.
So, Ducati is actually own by the Germans and about to be sold to the Americans or Indians or whomever else later.

By the way, the Indian Bajaj is the one which recently partnered Malaysian Modenas.

I think everyone knows Harley. That clunky and noisy American contraption of middle-aged men :)

Still, somehow I think Ducati will still be Italian.

I never see it as German despite all these while it's own by Volkswagen.

It still seems Italian sexy even though I prefer the technologically superior and efficient Japanese bikes.

It just feels that way.

Doesn't matter who will owns it later, the bike still feels Italian.

It's the same with Volvo being Swedish despite now it's own by China's Geely.

It just feels that way.

No one will say Volvo is Chinese, right?

Somehow, that's the way it is with other automotive brands too.

Rolls Royce and Jaguar, for instance, will always be British even if they are own by Martians.

Therefore I think, Proton which is now partnering Geely will always be Malaysian.

I don't think it will turn Chinese because of Geely's interests in it.

Proton will always be Malaysian, as far as I'm concerned, the same way Ducati being Italian despite being own by some Americans, or Indians or Nepalese or whatever.

I know, Tun Dr Mahathir Mohamad was sad back then when the Proton-Geely partnership was announced.

That's understandable. I don't get it why some people mercilessly whacked the handsome old man because of that. They shouldn't, okay.

Dr Mahathir is the father of Proton and he wants Proton to remain totally Malaysian.

Just like a Kedahan father who wants his child to remain a Kedahan.

But the child needs to grow up and in the process he may not retain the original Kedahan ways like what the father wants.

The father may be unhappy about the changes but that's just the way things are.

It's unavoidable if the child is to grow up.

He needs to go to school and college and later on the workplace where he may learn other values than that of what he learnt as a child of Kedah.

But despite all that, I believe the child will remain a Kedahan and loves his father, no matter what.

Okay, back to Ducati and Italy, here's a video,

See, it's still as Italian as ever.