Getting angry at Nazri

Everyone seems to be angry with Tourism Minister DS Nazri Aziz. 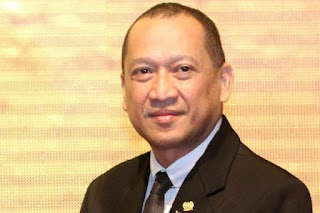 You can read about it at Rocky's


I'm not angry with him though.

In fact, I almost expected him to behave that way.

I think he was even made a minister because he is like that.

Not at all surprising.

Nazri is simply a pugnacious man.

But such a man can be useful in certain situations.

I believe that's why he's been a minister for so long.

So, what's going to happen to him now?

He will remain as he is and he will continue to behave as he is.

Of course unless PM DS Najib Razak sacks him, which I don't believe would happen.

Sack him for what?

For being rude to a state "minister"?

The guy even quarrelled with the powerful Johor royalty two years ago and nothing happened.

Click on this link to read a bit about it,

Royalty in the ring


Don't tell me it's okay for Nazri to be rude with Tengku Mahkota Johor but he can't be rude with a Sarawak "minister".

Yes, this one will also blow away like last time and Nazri will go on with his merry ways.

All the angry people will cool off soon anyway.

Kinda provide some humor to the political scene, don't you think?

I also find him not the worst among Najib's people.

In fact, I prefer him more than the likes of Ku Nan and Puad Zarkashi.

At least Nazri is relatively macho and handsome, okay.

Listen to this song better,


Okay, I'm going to take it easy for the rest of the day.

Not full recovered yet.