This should be good news for Pakatan,

I think Malay Mail got so excited over it that it gave the story a rather longish headline.

Well, I don't blame them. Pakatan people should  really rejoice over these sort of stories.

If Umno leaders are all good people, then Pakatan would not stand a chance in the next general election.

Fortunately for them, the Umno leadership is still quite bad as it is.

As I previously wrote, except for Mat Hasan, I don't really like the top leaders of Umno.

Ya, that includes PM Ismail Sabri.

And if Umno people decide to elect people like Tajuddin as their top leaders, then that would only make it worse.

That should really be the end of Umno, actually.

Personally, I would not vote for someone like that or a party which promote such a person.

I believe that many Malays who are fence sitters would be like me.

The chances of this thing happening is actually quite high.

The current Umno supreme council is full of such people.

And they are making themselves into the faces of Umno.

Just look at that irritating Puad Zarkashi fellow, who has been getting quite a lot of media coverage.

I noticed that FMT has been publishing his statements quite regularly as if his is the voice of Umno.

That guy was very much disliked at his home base in Batu Pahat due to the way he conducted himself during his term as MP there in 2008-2013.

Umno may field him as its candidate there again in the next general election.

If it really happens, I hope he'll lose.

You see, the Umno leaders' bad habits are still there.

Look at how they put up billboards all over KL congratulating Shahidan Kassim when he was appointed Federal Territories Minister.

Why the hell they need to do that?

It reminds me of Perlis when the guy was the MB there.

Billboards of his not so nice to look at face were everywhere in Kangar and Arau at that time.

I remember very well what a good Umno friend of mine from Kuala Perlis said to me back then; 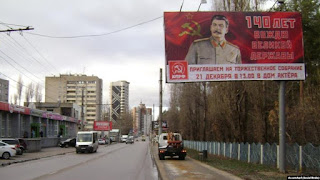 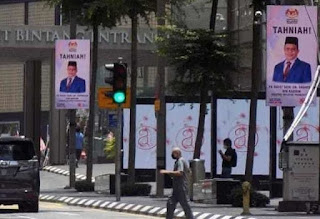 And Shahidan is not the only Umno leader with this billboard issue.

Umno people, really need to reflect on this.

Those days when people, particularly Malays submit themselves to bad leaders of Umno's choice are gone.

If they continue to fail in choosing good leaders for their party, then their party will soon be dead.

No amount of Malay or Muslim unity talks can save Umno if its leaders consist of bad people.