It's really a war now with the number of Covid-19 cases and deaths steadily increasing.

Malaysia is yet to announce a full lockdown at the time of this writing and our vaccination programme is still going rather slow, as far as I'm concerned.

Full lockdown now is good, but I believe that vaccination is the real key to winning the war against the pandemic as proven in the slowly opening Europe and US.

Well, I still haven't got my jabs yet but am waiting for it, patiently.

I do understand that the frontliners and more vulnerable people need it more and therefore should have theirs first.

However, I do hope that they could quickly get as many vaccine dosages as possible to accelerate the immunisation process.

For that, I think the government should welcome any offer of help that it could get.

Yes, there has been that vaccine scam case in Penang but that should not mean the other offers to help in the immunisation process were bogus too.

I'm of the opinion that those who want to help speed up the process should not be discouraged from doing so.

For instance, I was a bit bewildered when the Petra Group came under attack when it offered to help procure 200,000 dosages of Covid-19 vaccine,

That, despite it was confirmed by The Star that the offer was genuine.

That's why I don't really understand why Azmin Ali's outfit MalaysiaNow came out with this one yesterday,

Man behind free vaccines offer has history of unfulfilled pledges

which even has a Bahasa Malaysia version

It's without question a direct personal attack against the Petra Group boss as the article has nothing really to do with the immunisation programme.

Reading through the article, I believe the reporter who wrote it was specially assigned to dig up dirts about that Vinod guy. 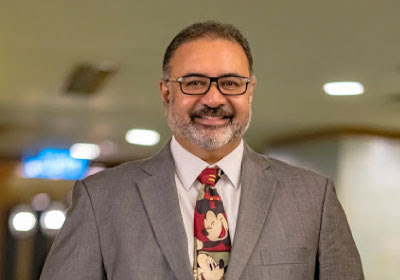 It's the type of assignments reporters in the mainstream media called as coming from "wahyu dari atas" (edict from above).

Okay, it's probably because the Vinod guy is a friend of Anwar and Azmin doesn't like him because of that.

But come on la, I don't like Anwar and his friends too because of their politics, but the guy is offering to help in the Covid war and what's wrong with that?

We need all the help that we could get now, okay.

Politics or personal dislike should not be mixed in these sort of things.

Anyway, I have not personally met this Vinod guy but I don't think he is as bad as portrayed in that article.

It's true that he has some unfulfilled promises but admitting to that, he had previously explained that he was suddenly hit by some financial problems himself due to the economic downturn at that time.

I don't think that's a big crime. It's not like he went around robbing people, okay.

Now he has some more extra money and again want to do some good with it, what's wrong with that?

Are we now saying that he can't help people anymore and that he should be vilified instead?

That's a bit too much lah.

Hey, we are now backpaddling against the rising Covid tide and therefore shouldn't care less about badmouthing people who want to help us.

People are dying, the health system is overstretched and the economy is in bad shape - definitely not the time to whack people who genuinely wanted to help.

Come on la Azmin, if you are pissed off with Anwar, just go after him. I can even join you later as I don't like Anwar too.

But don't la make your people at MalaysiaNow to whack his friend, who just wanted to help in the Covid war.

Malaysia needs that promised extra vaccine dosages to speed up its immunisation process. It's about saving people's lives, okay.