1. “There are schools which create their own rules and regulations. The ministry does not take any action unless a parent lodges a complaint.”

2. “It’s really not about the law. It’s more about stopping the ridicule and mental torment of those who face compulsion.

3. “The issue of tudung is actually an issue of jurisprudence, but yet they make it an issue of faith,”

I believe there's quite a bit of truth in this.

They said if a woman doesn't wear tudung, she will be going to hell and receives all sorts of horrific punishments.

I don't want to write down here in specifics what they said those punishments are as they are too....horrifying.

Oh, and if you don't believe what they tell you about those things, then you are a bad or not even a real Muslim.

And when a girl starts to wear tudung, they celebrate it as if she has just converted to Islam.

My father who studied in UiTM when it was still ITM once told me how when at the start of his first year, half of the girls in his class were not wearing tudung but by the end of his final year, every single one of them already did.

And then there's my aunt who studied marine biology at UPM. She didn't wear tudung at that time and sometimes had to wear swimming gear to conduct practical studies in the water.

She told me that even her cousins who also studied at the same university refused to acknowledge her as a relative and openly said they were ashamed of being related to her because of that.

Really, I'm not against anyone wearing tudung, but I don't like the ideology that if you don't wear tudung, you are a lesser Muslim or even not a Muslim at all.

It's terrible actually, to teach girls such an ideology.

If I'm not mistaken this whole thing started in the early 1970s during the so-call Islamic revival in Malaysia.

It actually has a lot to do with a young Anwar Ibrahim and his student movement. Go check that one out yourself.

The tudung as we know it today was at that time called "mini telekung". That's after the telekung worn by Muslim women during their prayers. 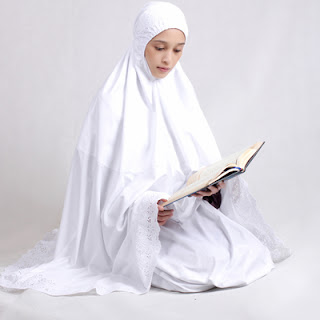 Tudung  back then was actually what is now normally referred to as selendang. Malay women wear it during social gatherings, kenduri kahwin and even religious events. Most of the time, the majority of them didn't cover their hair. 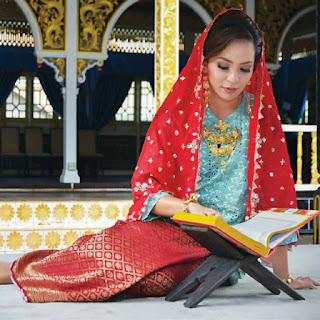 Apparently, the Islamic revivalists argued that the selendang was not modest or Islamic enough as the hair could still be seen.

Not a single strand of hair must be in public display, they said.

Hence the mini telekung, and for the even more pious ones, they wear the longer version called mini telekung labuh. 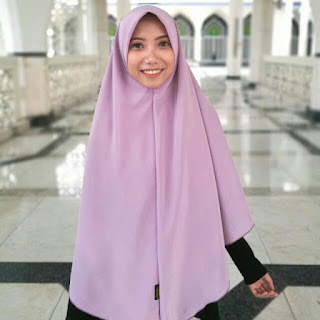 Nowadays, they are simply called tudung and tudung labuh or to make it sounds even more Islamic, they called it hijab, which is in Arabic. 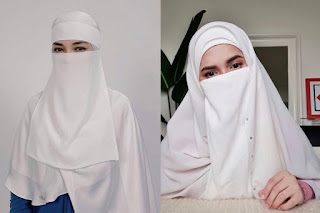 These days, tudung has become an industry with people like Neelofa and such becoming millionaires selling them.

It's just that ideology that bothers me. I just wish it's not like that among the young people.

I don't know lah....maybe I'm going to hell just for writing this.

Never mind. I take my chances as this issue bugs me for quite a bit, especially now that they are saying that we may soon have a super Malay Muslim coalition forming our government.

Honestly, I'm a bit scared of those Pas people as they may emerge as the dominant Malay party at the expense of Umno which has been branded with all sort of bad things, especially by the non-Malays.

Who knows, maybe ten years from now, all Malay Muslim women are going to evolve once again into wearing the niqab like some Middle Eastern women.

The tudung may soon be not Islamic enough anymore, the same way the selendang was back then.