Muslims shouldn't get angry, they should just remember

This is the Malay Mail's headline this morning;

It's actually a story by AFP.

Malaysian woman Loh Siew Hong says her husband brutally abused her, battering her over the head and breaking her ankle, before running off with their children and converting them to Islam.

That opening paragraph set the tone of the whole story.

No attempt was made by the writer to get the ex-husband's version of the story or those directly involved in the conversion of the children.

Bear in mind that the ex-husband had never been found guilty or charged with using violence against Loh.

By right, Loh's ex-husband could sue her for making the accusation, AFP for writing a defamatory story and Malay Mail for publishing it.

Same as what Lim Guan Eng did to the Chinese newspapers the other day for publishing his accuser's story without getting his comment.

Oh, and this is the picture used for the story along with the caption.

Compare it with this picture when Loh won the custody over the children; 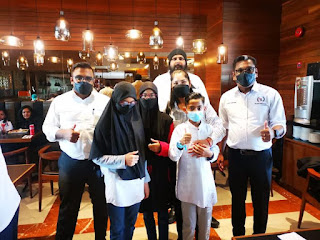 Yup, it's a victory for them.

The whole thing was after all about annulling the children's conversion to Islam.

Loh being reunited with the children is now secondary, despite her initial insistence that religion was not the issue.

It's actually a trend now.

They actually love rubbing it in the face of Muslims when these things happened.

For instance, this is the picture released to the media by the legal team of the woman who was charged with insulting Islam at a comedy club the other day after they supposedly managed to raise the bail money for her and her boyfriend through "crowd funding". 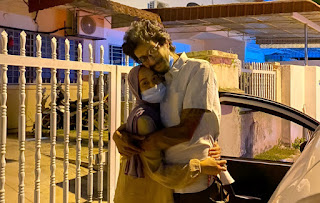 It's supposed to be a picture of a Muslim woman in baju kurung and tudung hugging her non-Muslim boyfriend to celebrate their victory of some sort.
I believe that their intention of wanting the media to use the picture was to make the Muslims flipped some more over their antics.
It's the same as when she pulled off that distasteful stunt at the comedy club.
Well, this is the real picture of these ugly people; 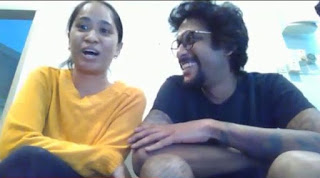 My opinion is that Muslims shouldn't get angry over the whole thing.
Let the authorities handle them. There are laws against what they are doing and sooner of later they will get punished.
For now, just remember who these people really are and let them wallow in their own shit.
Oh, and if there are people who support them contesting in the next general election, vote against them.
Ya, remember what happened after the 2018 general election.
Remember Adib, and the insults they threw at us in the social media after the fireman died.
Posted by Annie at 10:56