Mahathir says may stay as PM for 1-2 years

and this is the story today,

I will not go beyond three years - PM Mahathir


which funnily came AFTER this story yesterday

I seriously think that Dr Mahathir was toying with Anwar. 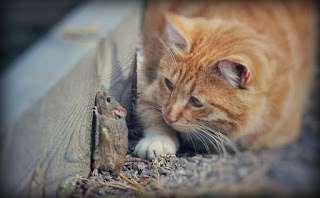 If I'm a journalist at the Anwar's press conference I would have asked him when exactly he expects to be made PM. What were the details of the done deal? One, two or three years?

I don't think he has a proper answer to that.

It's becoming more certain now that the chances of Anwar becoming the next prime minister is almost zero.

Dr Mahathir may just say something else next year.

Well, I don't care too much about that.

In fact I'm in favour of Dr Mahathir staying in office for life.

The guy simply can't have a successor.

So, let us save the trouble of having another Dr Mahathir versus his successor fight.

If he gives Anwar the post, I'm quite sure we will see another fight.

Anwar will screw up things for sure and Dr Mahathir has to go on another round of campaign against yet another successor.

Anwar definitely can screw up (or down) things worse than Najib.

Anyway, why the hell does Anwar need to be PM so much? Ego, is it?

Dr Mahathir is 94, okay. So, let's not tire him. Let him run the country till the end of his days instead of forcing him to have another fight with Anwar later on.

That is if Pakatan continues to rule.

If the BN-Pas alliance wins the next general election, then it's a different story lah.