A happy news once a while is good

Okay, this is good news,


It's nice to read happy stories such as this from time to time.

Not so gloomy all the time.

It was particularly nice because Sultan Sharafuddin, 70 has been single for quite a long time.

His first marriage was to Raja Zarina Raja Zainal in 1968. They divorced in 1986.

His second marriage was to American-born Nur Lisa Idris Abdullah (Lisa Davis) in 1988. They divorced in 1997.

So, it's good that Sultan Sharafuddin found love again.

Single ladies in their 40s should cheer for her.

There's hope of finding love at that age, okay :)

I was told Norashikin has two children from a previous marriage. 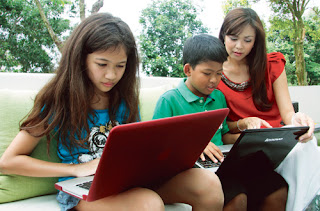 As for Sultan Sharafuddin, he has three children from his previous marriages.

I think they make a very nice couple.

Well, it's good that they found each other and be happy.

Better than being alone and lonely.

I always like Sultan Sharafuddin based on the reports about him.

He carries himself well as a Ruler.

So, congratulations to him and his new wife.

May they always be happy together.

As for the people of Selangor, they will have a new Sultanah.

Congratulations to them too.
Posted by Annie at 12:56