This is the full list of DAP's new CEC members:

The only Malay DAP leader who was elected was new Dapsy number two Young Syefura Othman.

The other Malays in the list were appointed to their posts. Probably to balance the line-up a bit so that it doesn't look like the party is excluding the Malays too much.

She had contested for Dapsy's number one post but lost.

I'm not sure why the DAP delegates didn't choose her because she's smart, hardworking and beautiful.

I suspect that it got something to do with her looks, 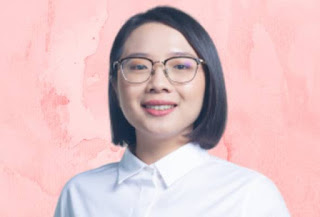 She looks too Chinese despite being officially a Malay.

Unlike Young Syefura, she doesn't wear a tudung, behave like an artiste and live a Malay celebrity lifestyle. 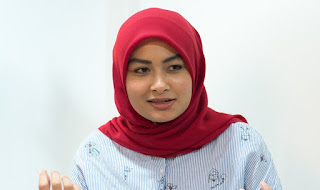 So, I think the DAP delegates found Jamaliah to be lacking in term of attracting more Malays to the party.

After all, her Bandar Utama constituency is a Chinese-majority area.

No added value, I guess.

Okay, I know some of you DAP supporters would jump and say I'm being a racist for saying all that because your party does everything based on meritocracy.

Fine, but I can't help to think that way when I looked at the CEC list.

Seriously, only one Malay elected? And she looks just like a prop to make the party more appealing to young Malays.

Even the Indians, who made up just about seven per cent of the population were better represented in the list.

They even appointed that V. Ganabatirau, who accused "muslim groups" of attacking the Hindu temple where fireman Adib was fatally beaten, into the CEC.

By the way, Cik Jamaliah, I think you should just remain elegant the way you are. No need to copy Young Syefura and her getik ways.