So, I was not really paying attention to all that nonsense about the meeting they had at Azmin's house.

Stupid politicians and their stupid scheming.

After all, I don't care too much for those Umno people on both sides of all that - those who attended the meeting to support Dr Mahathir or those who criticised them for it.

Well, I have to admit though that I dislike the loudest empty cans among them more.

Puad Zarkhashi, Lokman Adam....urgh. These are among the characters who caused BN/Umno to lose in GE14 by displaying their stupidity, arrogance etc.

I believe that they were making those noises over the meeting just to remain relevant. I hope Umno people will realise who they really are, and reject them.

As for Hishammuddin, whom they said was the mastermind behind the meeting, I don't think he can actually mastermind anything. Heck, I think I'm smarter than him, okay. And if it's really him being the mastermind, the whole thing is going to fail anyway. He's that miserably not so smart.

Ya, I think all that was just a waste of time.

Why can't they just wait and  let DAP, it's Amanah lapdog and Anwar's PKR gang to pressure Dr Mahathir all they want.

I believe that if the old man feels that he doesn't have the number to stave off a vote of no confidence, he can just dissolves parliament and we can have another general election as early as next year.

Then maybe we can have a nationwide Tanjung Piai.

Really guys, especially the Umno gang out there.

Just ignore all that nonsense.

You all should focus on what's more important - like Mat Hasan, who went and performed his duties as Umno deputy president in Langkawi, barely two days after the exhaustive campaign in Tanjung Piai.

That was, while people like me were still resting from the rigours of the by-election.

The guy was simply good.

I stole these pictures of him at Dr Mahathir's Langkawi stronghold from his Instagram. 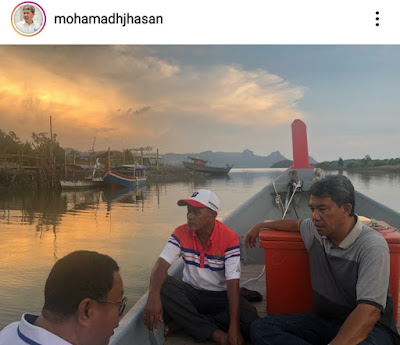 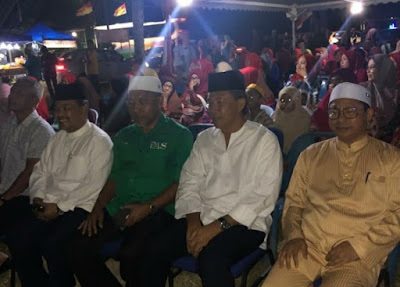 As you may noticed, Mat Hasan doesn't look like he's out of place mixing with the grassroots and Pas members.

I think he would be okay too with the non-Malays because he's a good guy. Back then during the Rantau by-election, he got up to 20 per cent of the Chinese votes which was relatively good at that time for an Umno guy.

These are things that the now scheming Umno blue blood won't be able to do.

In short, why those Umno leaders have to resort to political manoeuvring and not work for the betterment of the people like Mat Hasan?

Well, that's because they are not sincere and only willing to do things just to get something for themselves.

That's how they became rotten and ultimately lost it in GE14.

So, Umno people, now that Malaysians appeared to want to give your party and its allies another chance such as in Tanjung Piai, please seize it by getting rid of all those lousy leaders.

To do that, you all must resist the temptation of being fooled and bribed into choosing them as your leaders.

If you all can do that, then I'm sure things will be good again for your party and ultimately Malaysia.

For one thing, please don't simply listen to your Ketua Bahagian on how to choose your leaders because they may probably had succumbed to the temptations.

Come on guys, I'm sure you are not that dumb and can choose your own leaders wisely, okay.

For now, just ignore the monkeys and be focused on further fixing your party, like what Mat Hasan is doing.
Posted by Annie at 06:50