A new Sabah soon as we hang on till GE15

Sabah to have a state election within 60 days.

I'm cool with that.

That state needs its politics fixed.

I also heard Musa Aman and gang are forming a new coalition to kick Shafie out.

I believe they are capable of doing that.

I also suspect that Umno will retreat from Sabah after that and they will set up a new entity similar to the one in Sarawak to rule the state.

Whatever it is, I think Shafie's Warisan's days are numbered.

The coming state election is definitely not like GE14. Things have changed. 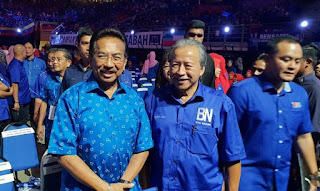 As for Umno not being part of Perikatan Nasional as announced by Zahid, I did expect that in my last post.

The Umno grassroots were very unhappy about the Najib's verdict and Zahid as party president has to do something about it.

It's actually not just the verdict, but also the reactions to it, particularly among Pribumi Bersatu people.

I think you all are aware of what they posted in social media about the Najib's verdict.

Their comments are actually worse than those of the Pakatan people, especially because they were supposed to be Umno's friends now.

They didn't just whack Najib, but the entire Umno, okay.

Of course the Umno people were pissed with them because of that.

Those stupid Pribumi Bersatu people never seemed to realise that they are still where they are now courtesy of Umno.

Next general election, Umno and its BN allies, along with Pas will be together under Muafakat Nasional.

Pribumi Bersatu will be on their own, unless they are willing to be a junior party in that coalition.

I don't think Pakatan will take them back anyway as it is almost useless now with no proper machinery and almost zero support from the Malays.

When is the next general election going to be?

I think Muhyiddin will push it as far back as possible.

He needs to buy time and space to get the best deal for his party.

Otherwise, it's going to be the end of the road for him and the other Pribumi Bersatu people.

Why Zahid, didn't pull Umno totally out of Perikatan?

He needs to keep the current government going until Muhyiddin calls for the next general election as otherwise Pakatan will come back to power.

If that happens, Anwar, backed by DAP will be the new PM and they will pull all stops to destroy BN, Umno and Pas which they could never hope to beat in a proper general election now.

I think Zahid did the right thing on this one. 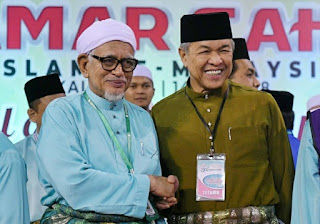 Unfortunately, it's going to be tough for all of us till the next general election.

Yup, the country will suffer from the instability while it tries to recover from Covid-19.

That includes our economy, which will affect all of us.