Crushing the rebels...and everyone else

Saw this posting by A Voice just now

"You are either with us or against us"

and told myself that if that's how the supporters of DS Najib Razak want it, then they would likely consider me as an enemy.

I believe I had been relatively neutral as far as the Umno civil war is concerned.

Going by the logic of Umno adopting that George W Bush's doctrine, then I should be treated as an enemy of Umno.

Being a neutral is being an enemy under that doctrine.

At the start of the rebellion, I posted this,

and later on this,

I wrote the second one as an advice to a rebel not to adopt the "you are either with us or against us" attitude.

I believe it's not an attitude which can win a war.

I think George Bush was wrong.

Americans didn't win the war in Iraq or Afghanistan.

They killed a lot of people but they didn't win the war or even win the hearts and minds of people.

Iraq and Afghanistan is still at war and those two countries may likely end up being ruled by people who hate America more than those the Americans tried to bomb back to the stone age when they started the war more than a decade ago. 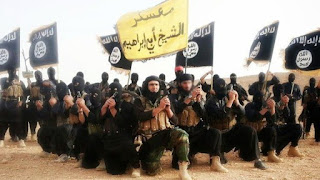 And I believe many more people hate America now than back then before they rain Tomahawk missiles and carpet bombed Saddam Hussein's people and the Taliban.

I don't believe that PM DS Najib Razak will win by being another George Bush.

Why do his people want to make people like me their enemies?

As I wrote before, Barisan Nasional barely won the last general election in 2013.

At that time people like me and also those who are now rebelling against Najib are all going all out to support him.

Despite that BN even lost the popular votes.

What makes the Najib loyalists now think that they can pull it off by themselves in the next general election without the help of the neutrals and winning back those rebels.

Does crushing everyone else help win support for Umno and BN?

Maybe they think the warming relations with Pas will soon enable them to do it.

If that's the case, then I think they should go ahead with it.

After that, let's see whether people like me or the Pas people are kinder to Umno.

One thing for sure, I never regard the over 3 million Umno members as infidels or jahilliah or anything like that.

But if the Najib's loyalists think, it's better for them to do that, then go ahead and do it, okay.
Posted by Annie at 13:31