Things not to do as you celebrate CNY

Someone forwarded this video to me yesterday and it spoilt my CNY mood quite a bit.


Why did the man have to beat up the bus driver like that?

And why did the bus driver just yelped so meekly instead of fighting back.

So many of these road rage cases these days.

Remember that one, when a guy was beaten to death in a road rage case.

What are they so angry about?

Is the guy who beat the bus driver drunk? He doesn't look drunk to me.

So many drunk driving cases too of late.

People died because of them.

Hopefully you don't drive when drunk, especially with the CNY celebrations going on right now.

If you drink, even a single mug of beer, please ask someone to drive you home.

Or take a Grab.

Don't take a risk on this one.

Anyway, I think the authorities should do something about this aspect of road safety rather than making life difficult for people by forcing them to buy all those expensive child seats for cars.

Another thing that worries me during this CNY season is the Wuhan coronavirus outbreak.

Over 50 had died in China with thousands others in hospital.

We got four confirmed cases in Malaysia so far.

This kind of virus can kill hundreds of million if not contained.

I hope the authorities will do their best to prevent its spread here.


JOHOR BARU, 26 January 2020: A 2-year-old Chinese boy with coronavirus symptoms was allegedly taken out of a public hospital by his parents yesterday against medical advice.
According to the Harian Metro report, a 26-year-old doctor had attended to the boy at 10.18pm on the eve of Chinese New Year.
The boy’s parents allegedly declined to be quarantined as they wanted to take a flight to China early in the morning on the first day of Chinese New Year.
The patient was found to have influenza like symptoms such as fever and coughing and was referred to a private hospital.
The doctor confirmed the boy tested positive for the coronavirus but when they informed the parents the boy had to be quarantined, the parents said they had to catch a 10am flight.
Well, some people are just like that - selfish.

If it's a zombie virus, we would all be turned into zombies because of selfish people like that.

Yup, you watched those zombie movies where most of the time some stupid characters caused the epidemic to become worse because of their selfishness.

Same in real life too.

But then again, some people are just selfish like that. They can't help themselves being like that.

Maybe its the way they were brought up or maybe its their culture and social conditioning that driving them to be selfish.

Well, I don't mind selfish people too much except when they cause harm to others or put everyone at risk due to their selfishness.

Whatever it is, let us try to be good decent people....especially during this CNY festivities.

Don't beat up bus drivers, get drunk and drive and kill people, spread the Wuhan virus or turn people into zombies.

Also, if possible, don't support DAP anymore....come on, you still support that childish Guan Eng, who is a complete failure as finance minister?

Okay, I know I'm asking too much for that one....never mind, go ahead and be a zombie, 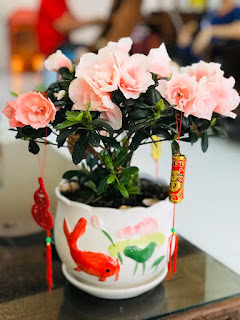 Wishing you a year of great health and great wealth. 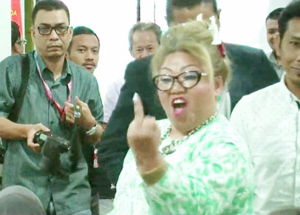 And of course, let us all not be stupid by choosing the same monkeys again to rule over us in the next general election.
Posted by Annie at 13:05 20 comments: 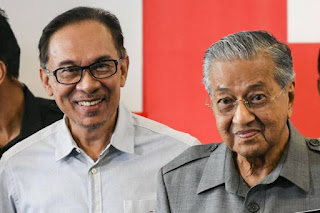