Beijing diary - What I told a Chinese about Malaysian Chinese

Stayed at the Swissotel Hotel for five days.

It was early winter and there was a bit of snow falling at some parts of the city every other nights.

It was cold and I was bored and missing home. It was the last leg of my trip to China at that time.

The only really pleasant memory I have of that hotel was when I was smoking with my Indonesian and Filipino colleagues at a corner near the main entrance of the building. 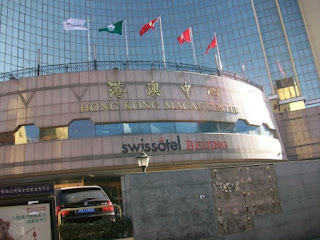 Sometimes, another colleague from Vietnam who didn't smoke join us just to express his displeasure.

We simply have to do it that way or otherwise we would likely perish and Malaysia as we knew it may cease to exist.
Posted by Annie at 01:26